Photo Number 89: In a Blast of Snow 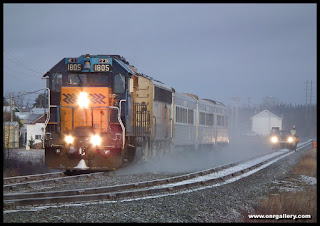 Kicking up the snow as the local Section inspects the consist while they're "in the hole", southbound 422 Northlander roars through Val Gagne, Ontario located at Mile 76 of Ontario Northland's Ramore Subdivision November 18, 2011. 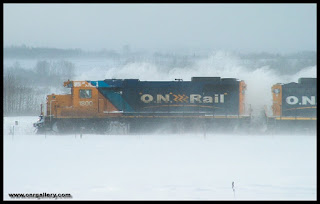 A shot from January 2005 where I catch a side view of 421 Little Bear lead unit GP38-2 1800 clearing out drifting snow accumulated during a blizzard at mile 3 of the Island Falls Subdivision.


Photo Number 87: Rolling In From Hearst 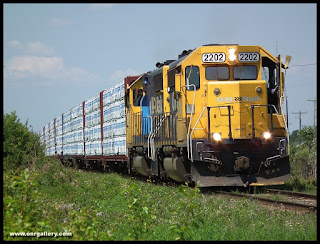 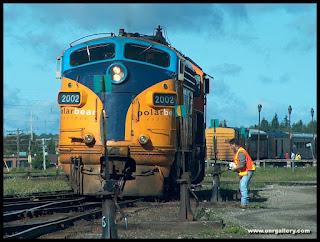 It's August 2003 as I meet up with the power for a Monday morning 421 being lined up by Trainman Phil to pick up the mix of 45 foot trailers on piggyback cars and private vehicles tied down on "chain" cars both of which are loaded at Cochrane Yard's ramp located on the former CN side. 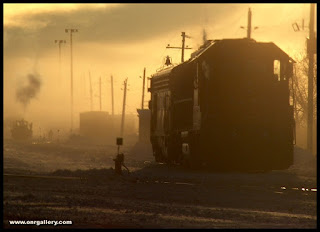 Watch for "The Top 100 Photos of All Time Part Four" coming soon!