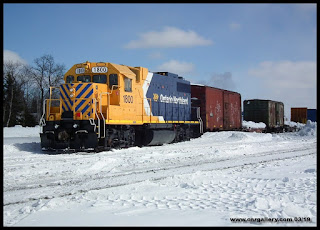 An extra yard job was called at Cochrane March 4th in order to move over 20 stored cars from a North Yard storage track in order to gain access to ONR's spreader 528. Here we see GP38-2 1800 pulling a string of cars in order to allow Section to remove some of the snow in that area of the yard. 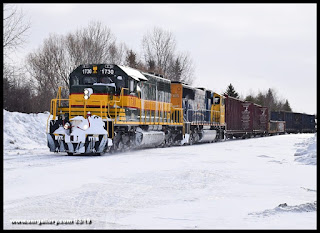 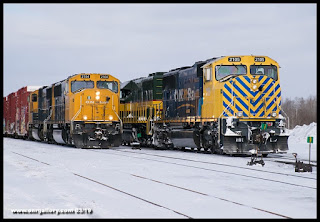 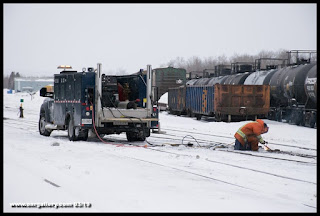 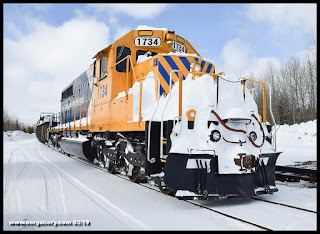 Southbound 308 stands ready to roll at Kidd with SD40-2 1734 on point March 17, 2019. That build up of snow you see was picked up on the "lake bottom" portion of the Ramore Subdivision when the train was northbound. 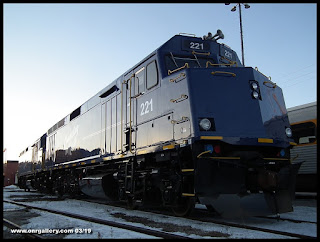 The morning sunrise bounces off the glistening blue paint of newly acquired APCU's 221 and 220 at Cochrane Shops March 30, 2019. 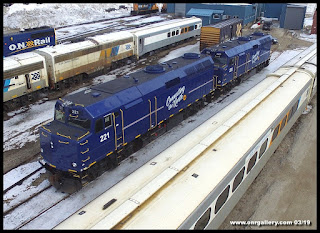 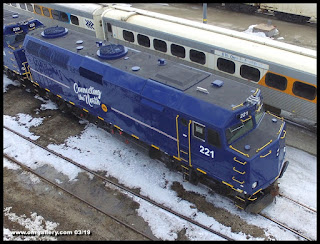 A pogo stick view of APCU 221 providing a closer view of the top of therecently built unit captured at Cochrane Shops March 30, 2019. 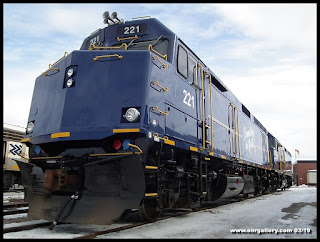 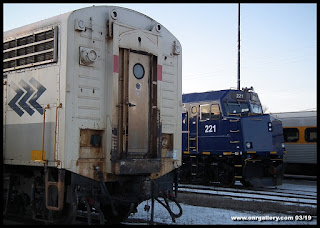 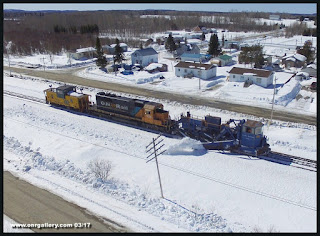 Train 999 Work 1735 powers through the community of Ramore ( mile 56 of the Ramore Subdivision) clearing snow and ice build up from a rather notorious winter season March 23, 2019. 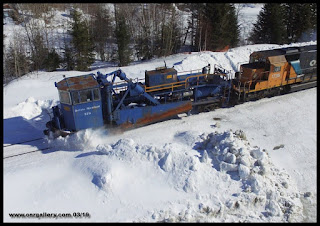 The flanger of spreader 529 bites down hard in a flurry of thrown ice and snow as Work 1735 clears the rails of the Ramore Subdivision at Swastika March 23, 2019. 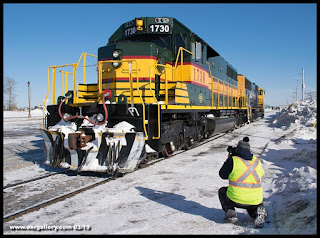 Railroad Photographer Kevin Burkholder of Steel Wheels Photography takes an opportunity to get some close up photos of Heritage liveried SD40-2 1730 at Cochrane Yard March 18, 2019. 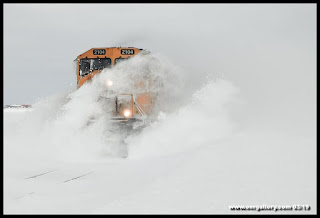 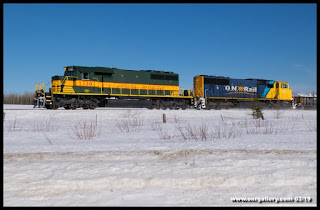 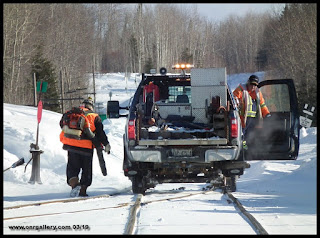