The Top 100 Photos of All Time! Part Two 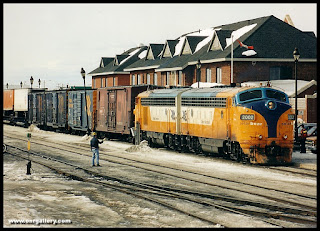 Memories of days of old were relived on this particular Little Bear trip March 2002 as 2000 series FP7au's were run 'back to back' much like they did when they were the 1500 series FP7a. The Bear is seen here exchanging waves between a Car Man and the Head End Crew as it rolls into Cochrane. 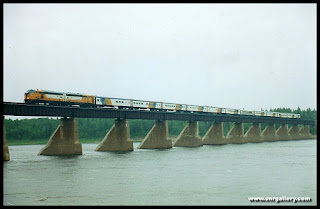 The southbound Polar Bear Express rolls out from the bushes, comes to a halt, and poses for us on The Moose River Crossing at Mile 142.5 of the Island Falls Subdivision during a torrential downpour June 2002. 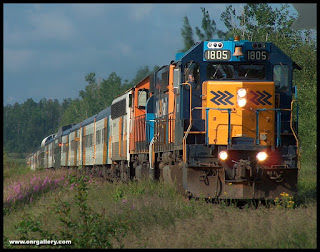 A shot from August 16th 2005 as we capture the northbound 423 Polar Bear Express racing past mile 5 of the Island Falls Subdivision. 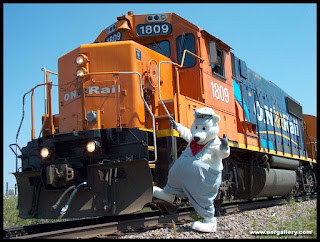 Photo Number 90: Hello Down There 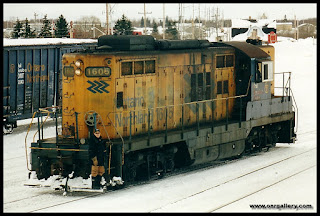 Here's a photo snapped from one of Cochrane Yard's gigantic snow banks February 2002. This time featuring GP9 1605 and today's Yard Crew as they run around the recently arrived Little Bear's freight traffic in order to await inspections of the cars and spot 622's freight consist.