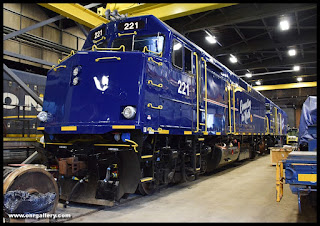 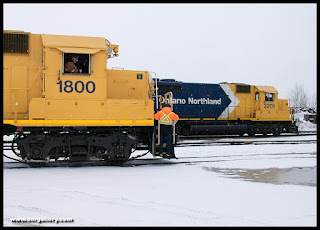 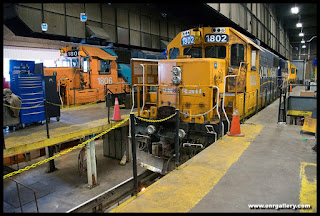 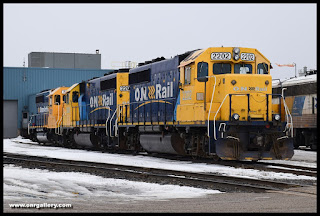 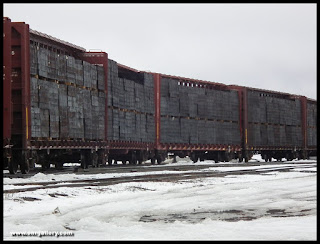 A definite sign of spring as loads of brand new ties arrive at Cochrane April 12, 2019. 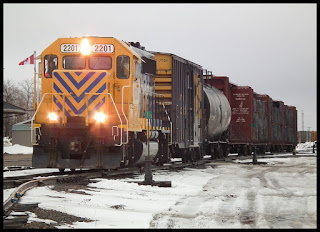 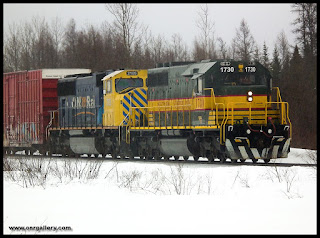 Northbound 213 rolls into the Cautionary Limits of Cochrane Yard on a very rainy April 12, 2019. 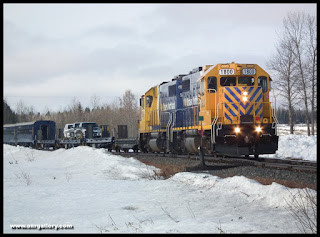 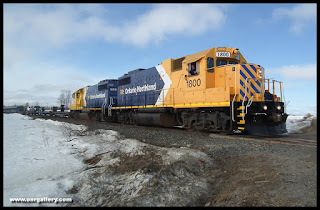 It's a big wave and a symphony of horns as Peter hauls the morning's 421 Polar Bear past Clute located at mile 9 of the Island Falls Sub April 19, 2019. 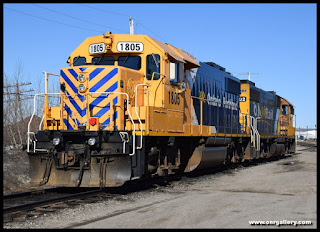 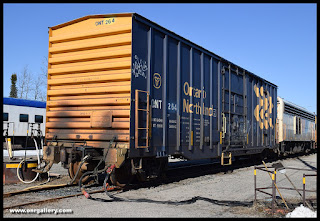 Polar Bear Express Line Car 264 is captured at Cochrane Shops on April 20, 2019. Here you can see where the power and air lines are hooked up to the car thus providing air and power to the entire Polar Bear consist coupled to the 264 while weekend servicing is performed. The APU you see ahead of the 264 is shut down. 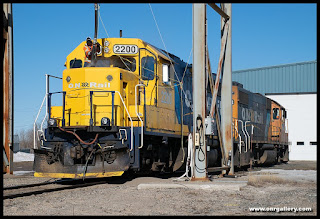 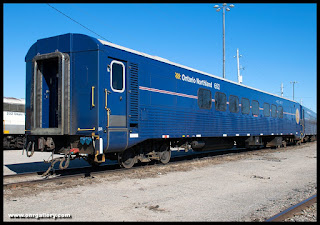 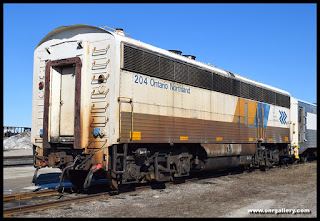 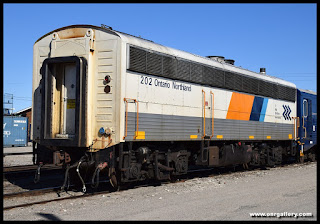 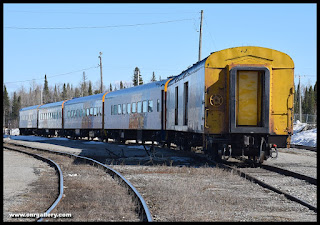 The old guard of ONR 850 series coaches (ex-VIA) and spare baggage car are captured standing by ready for the call to duty on steam 3 at Cochrane April 20, 2019.


May is turning out to be another busy month! Stay tuned for "May 2019 in Pictures" coming soon!